One vehicle, and more names – symbolically named for almost each market. This Korean automaker takes care to respect each market and potential buyers. Their model Tucson for ten years exists on the car markets around the world. This model is rated as the third vehicle on the list of Hyundai products. Hyundai sales this model labeled as Hyundai JM, in Japan. It means the acronym for Joyful Mover. In Europe, labeled is as Hyundai ix35, while is Tucson, city located in Arizona (US) used for name of model that company distributes on the American car market. 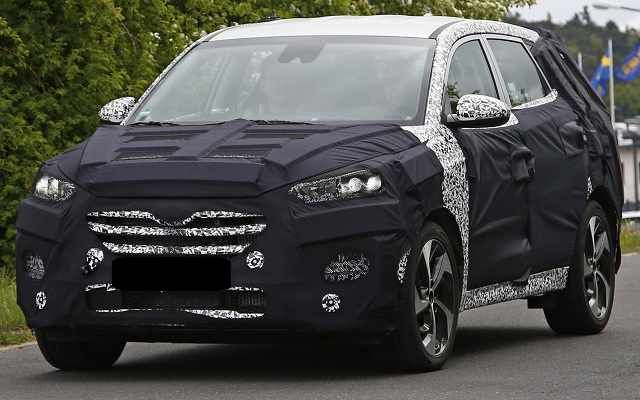 Coming soon, the third generation of this model will be published. It is planned that 2016 Hyundai Tucson will have its first presentation next year. According to the spy photos that were taken during testing future models, it has been observed major changes for the future model. 2016 Hyundai Tucson has a completely new design. The similarity with the models Hyundai Genesis and Hyundai Sonata Sedan is reflected in design of grille. Also, the dimensions of the headlights are reduced, which give a very nice overall look of the front end.

This future model will be more aggressive, which has taken from the models produced by German manufacturers. This is competition, and new Tucson is the best answer on tasks that they have set. Rear end of vehicle features dimensionally larger light-groups with 3D effect.

According to unofficial data, Hyundai will keep the same line-up of engines for the US car market. Basic model will run either 2.0L or 2.4L GDI I4 engine. Maximum output power will not go over 180 horsepower. Also, new 2016 Hyundai Tucson will borrow proven engine from the Hyundai Sonata model. It is about 2.0L turbo engine, capable to produce up to 245 hp. This could be reduced on maximum of 200 hp, when it comes to new Tucson.

There is possibility for producing 2016 Hyundai Sonata with diesel engines on the US market. This step was expected, based on fact that Audi has great results with diesel models on this market. Also, 2016 Hyundai Tucson Hybrid is one of the planned future vehicles. 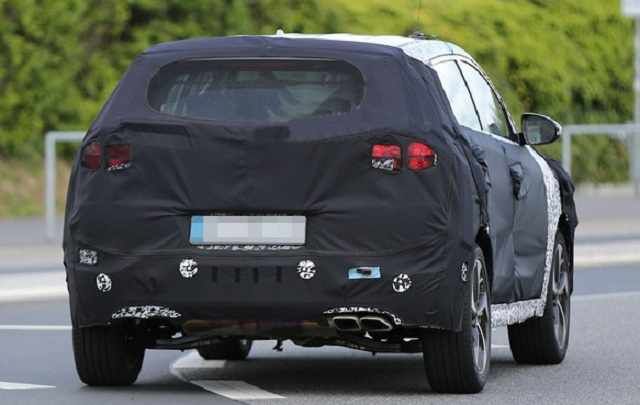 With free reign to offer premium comfort for everyday travel, Hyundai went the extra mile to enhance your convenience with the 2016 Tucson. With features that ensure your day-to-day travelling, as well as long distance trips, happen stress-free.