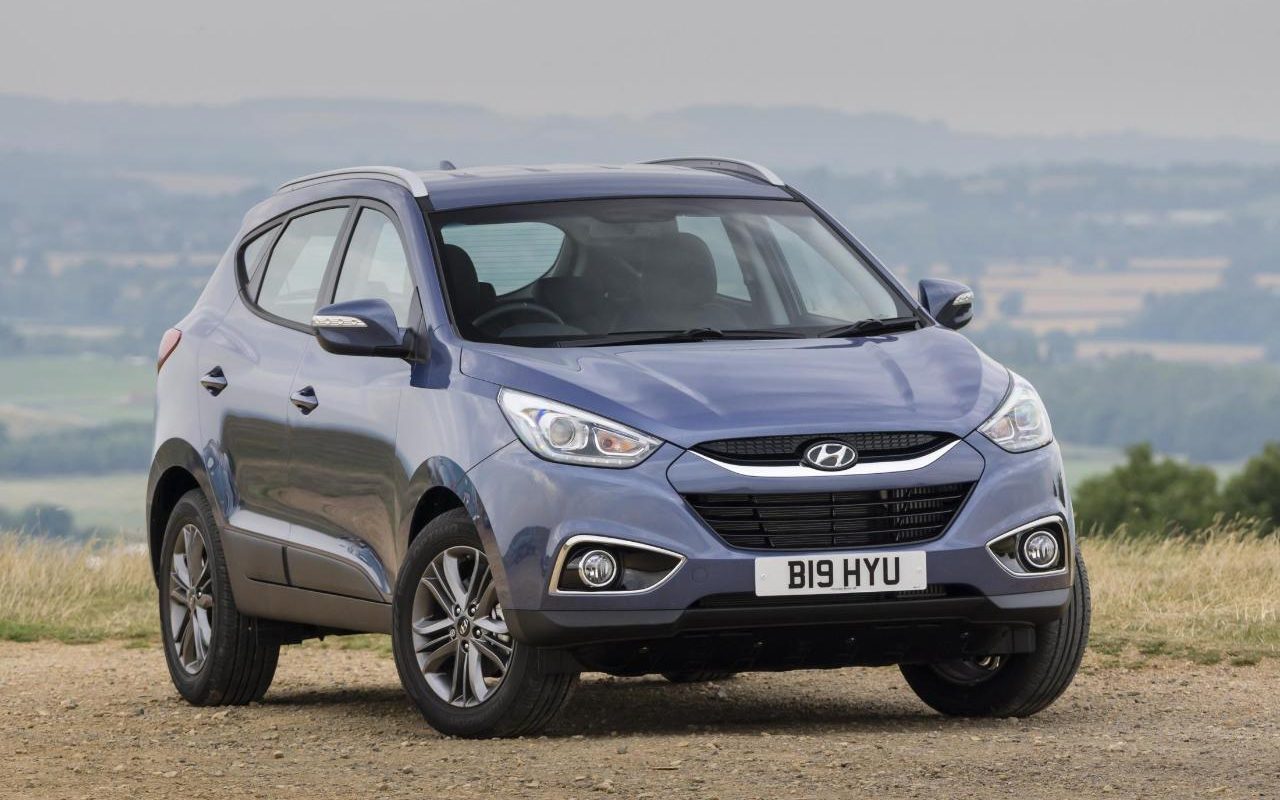 Looking for a simple, no-nonsense off-roader that’s cheap to buy? The Hyundai ix35 for sale could be right up your street

You might have seen this face out and about on the road already. In fact, you probably have – the chances are, you just haven’t noticed it. That’s because the Hyundai ix35 is one of those cars that’s proven popular, but remains rather anonymous.

Its anonymity is in spite of a plethora of creases, folds and swoops to the bodywork that Hyundai has added in an effort to make it look interesting. Whether this tactic has worked or not will depend on you - looks are subjective, of course. But value isn't, and with its long warranty and low list prices, there’s no two ways about it: value is what the ix35 brings to the small off-roader party. 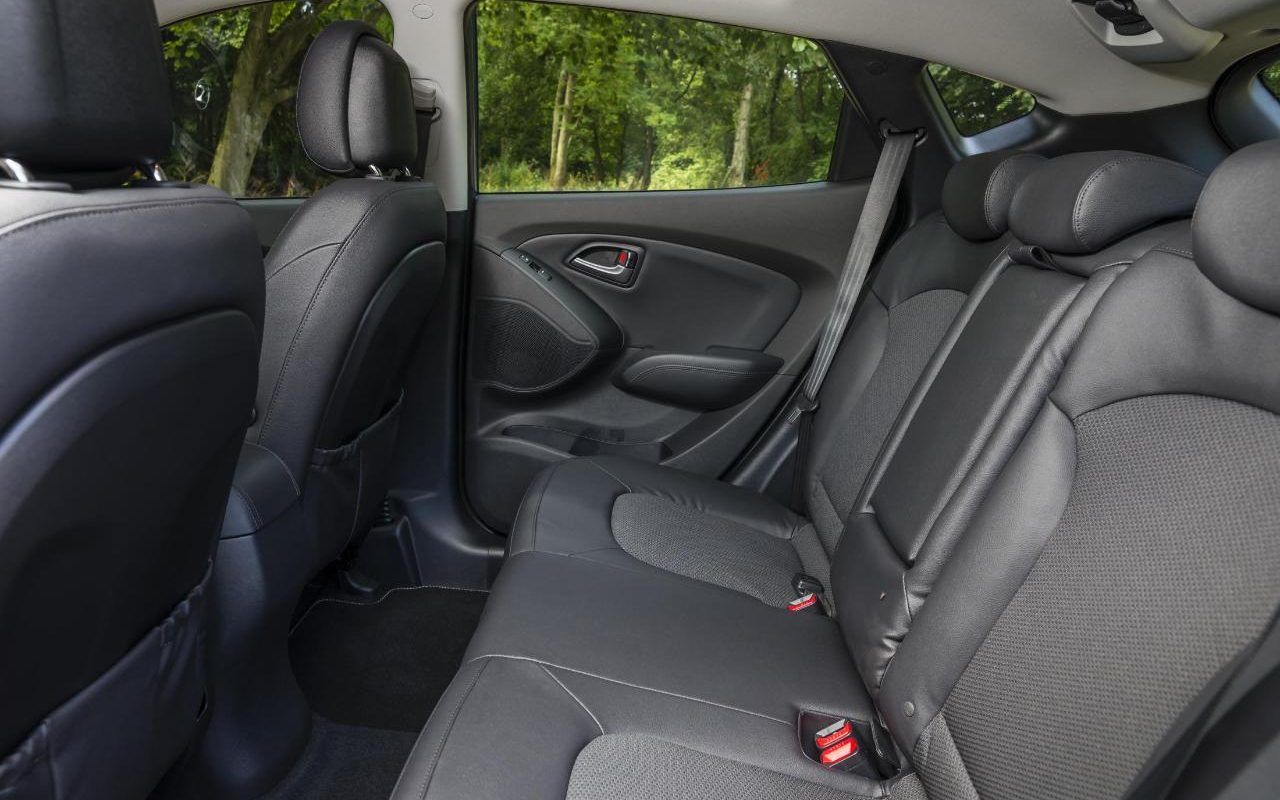 The Hyundai ix35’s boot is one of the largest in its class, which means you should have no trouble fitting in a buggy, a couple of sets of golf clubs, or even the result of a shopping spree at the local furniture emporium.

And while the rear seats don’t quite fold flat, they don’t leave a nasty ridge behind like some rivals, which will make loading that coffee table you just couldn't say no to a breeze.

The spacious theme continues up front, where driver and passengers alike get plenty of head, leg and elbow room.

Thanks to the high seating position, it’s very easy to slide into the ix35, too. 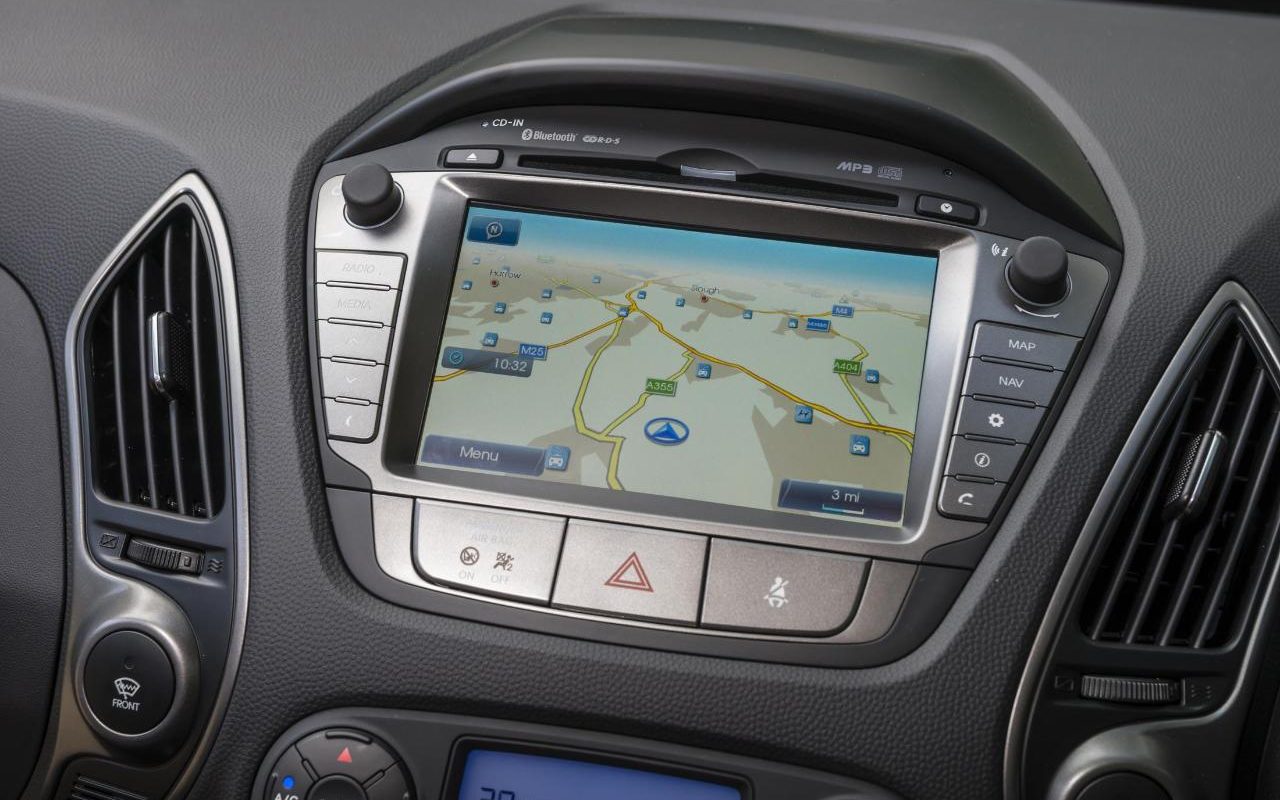 Most of the ix35's dash is laid out pretty well, with clear dials, and a fast and reasonably intuitive touchscreen system mounted high in the centre console.

The console itself isn’t too overloaded with buttons, and there’s a big, easy to spot hazard light switch in the centre. True, the heated rear screen switch and radio volume knob are a bit of a stretch to reach, but not unduly so.

In fact, the only real bugbear in terms of the ix35’s ease of use are the stalks on the column, which are overloaded with functions and pictograms, that make them tricky to understand and use, especially at night. 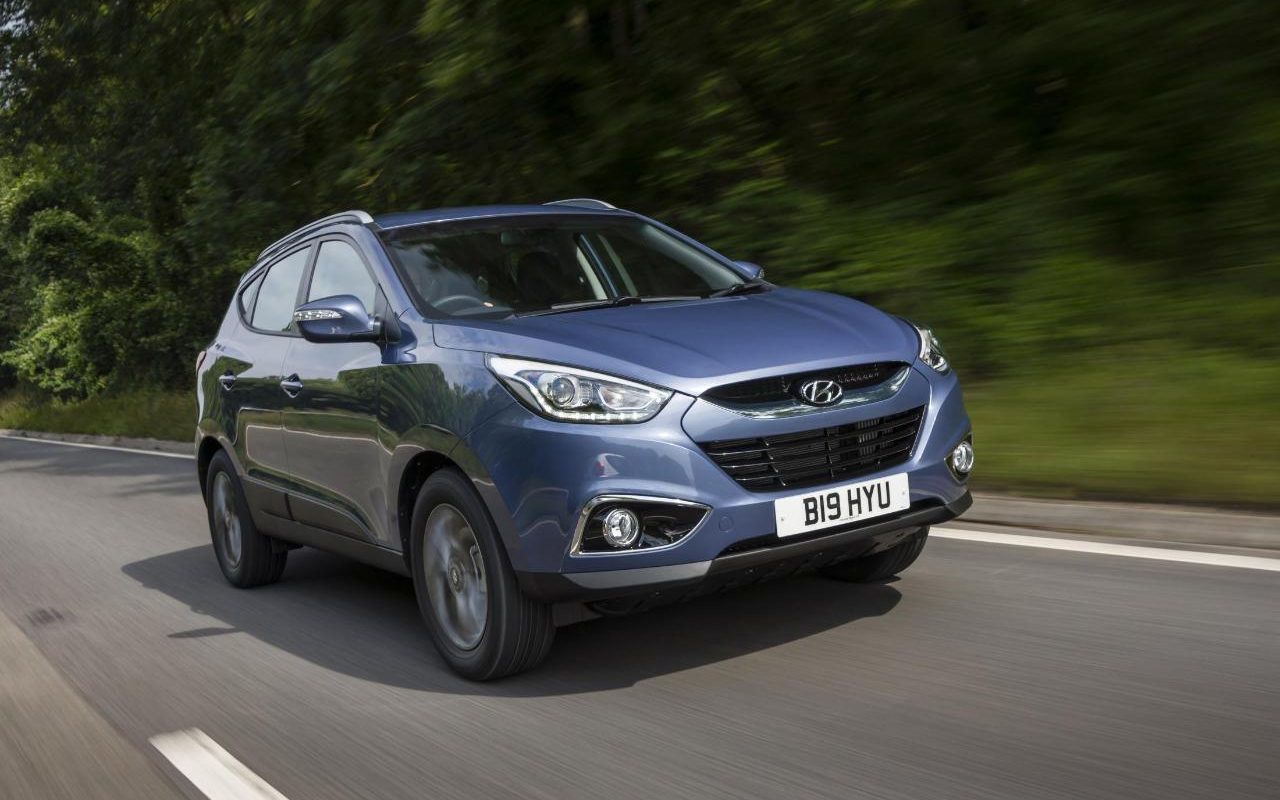 The ix35 is an easy thing to control, with light steering and responsive pedals. However, you can only get an automatic if you go for the most expensive engine option, and it’s a truly awful gearbox that’s awkward to use and ravages fuel economy.

The stubby nose of the car slopes away so much that it’s impossible to tell where it ends from inside, a problem compounded by the lack of front parking sensors on either the standard or optional equipment list.

What’s more, the curving window line at the rear makes for huge blind spots when looking over your shoulder. There are more blind spots at the front thanks to the huge chunks of bodywork between the windscreen and front windows, and these are compounded by large door mirrors that also get in the way. 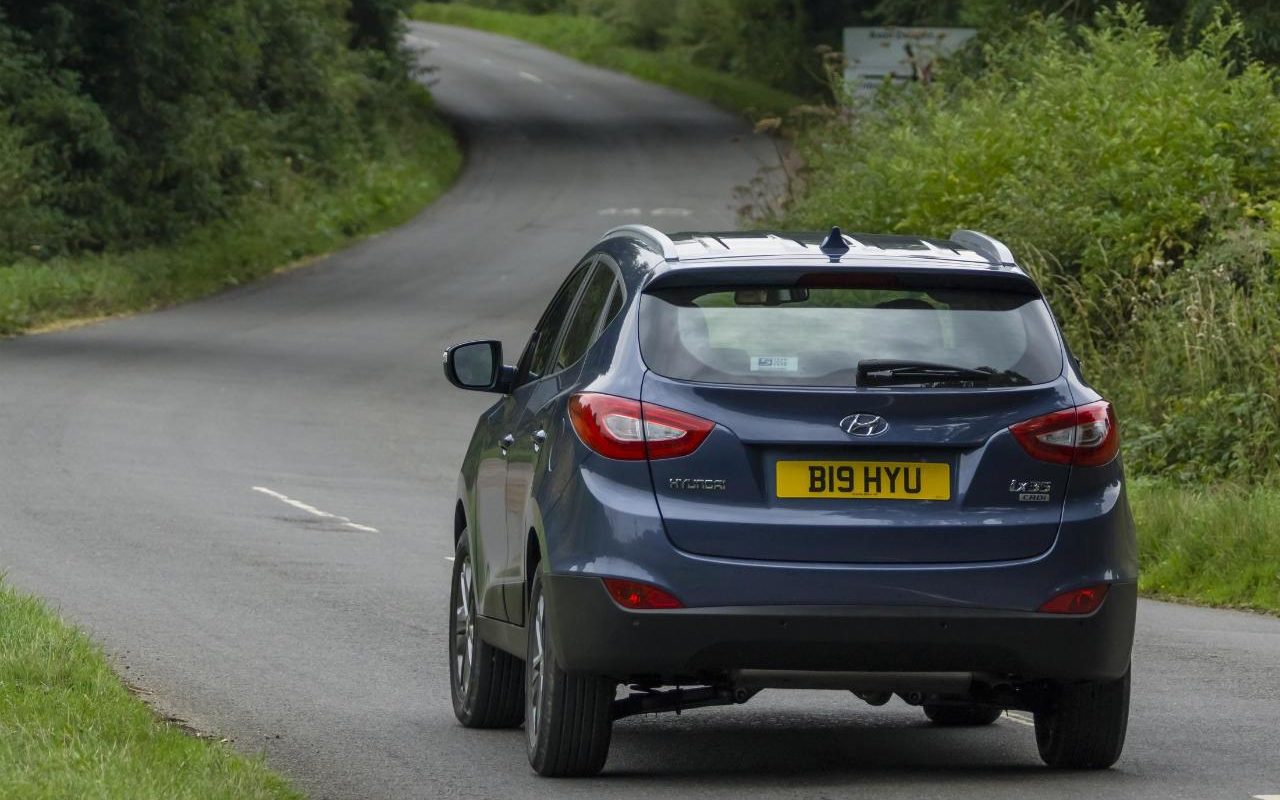 If the 2014 JD Power customer satisfaction survey is anything to go buy, ix35 drivers are a pretty happy bunch. The model came 23rd out of 109 cars, and 5th of the 15 off-roaders in the survey, which is a respectable showing.

You can see why. The ix35 comes with a five-year, unlimited mileage warranty, which is better than most of its rivals; The Kia Sportage goes one – nay, two – better, with a warranty that lasts seven years, but it’s limited to 100,000 miles, and Hyundai also throws in breakdown cover. 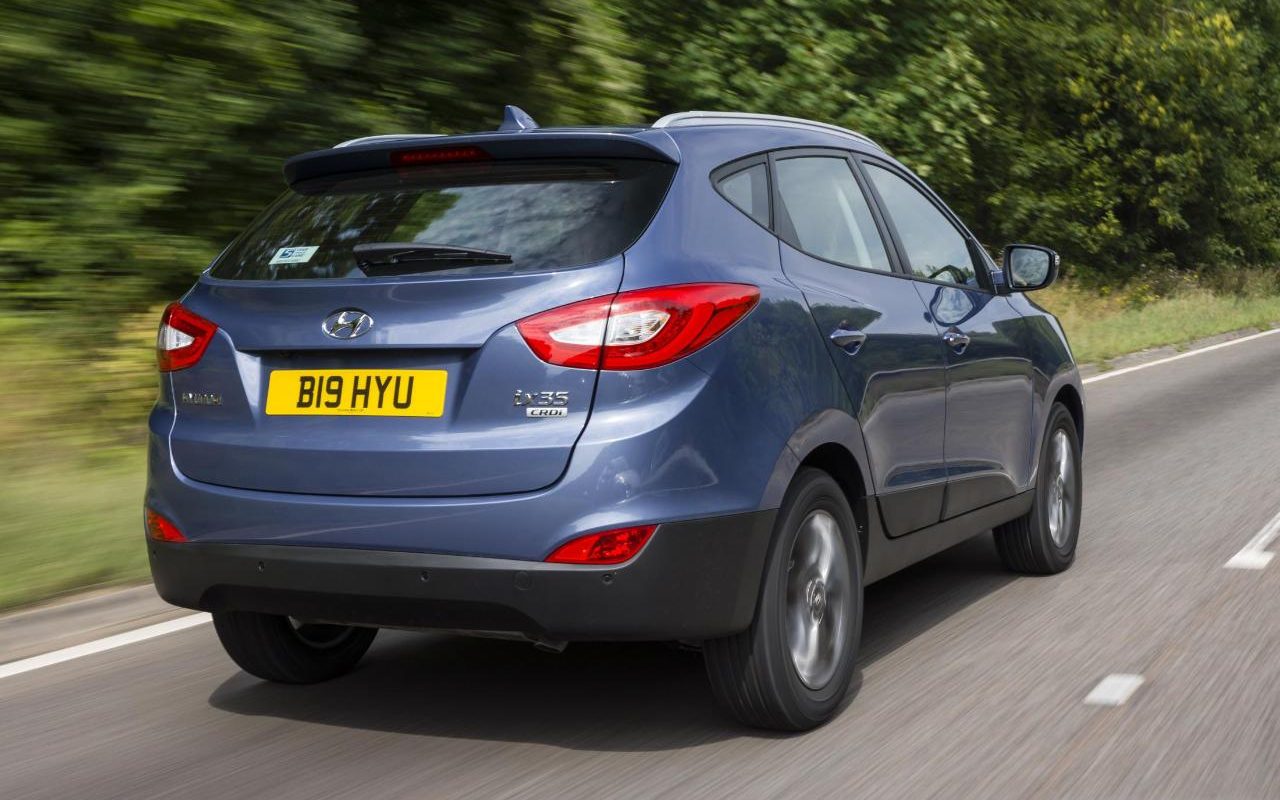 The big plus point of any Hyundai is a low purchase price, and the ix35 is no different. You can buy a basic one for the same sort of price as a high-end small hatchback, making this quite a lot of car for your cash.

Hyundai dealers, like Group 1 Hyundai, also offer reasonable discounts, so if you manage to catch one at the right time of the month, you might find that you can net a serious bargain on the Hyundai ix35 for sale.

Servicing and maintenance won’t break the bank, though carbon dioxide emissions are high, which will cost you more in tax, especially if you’re a company car driver. 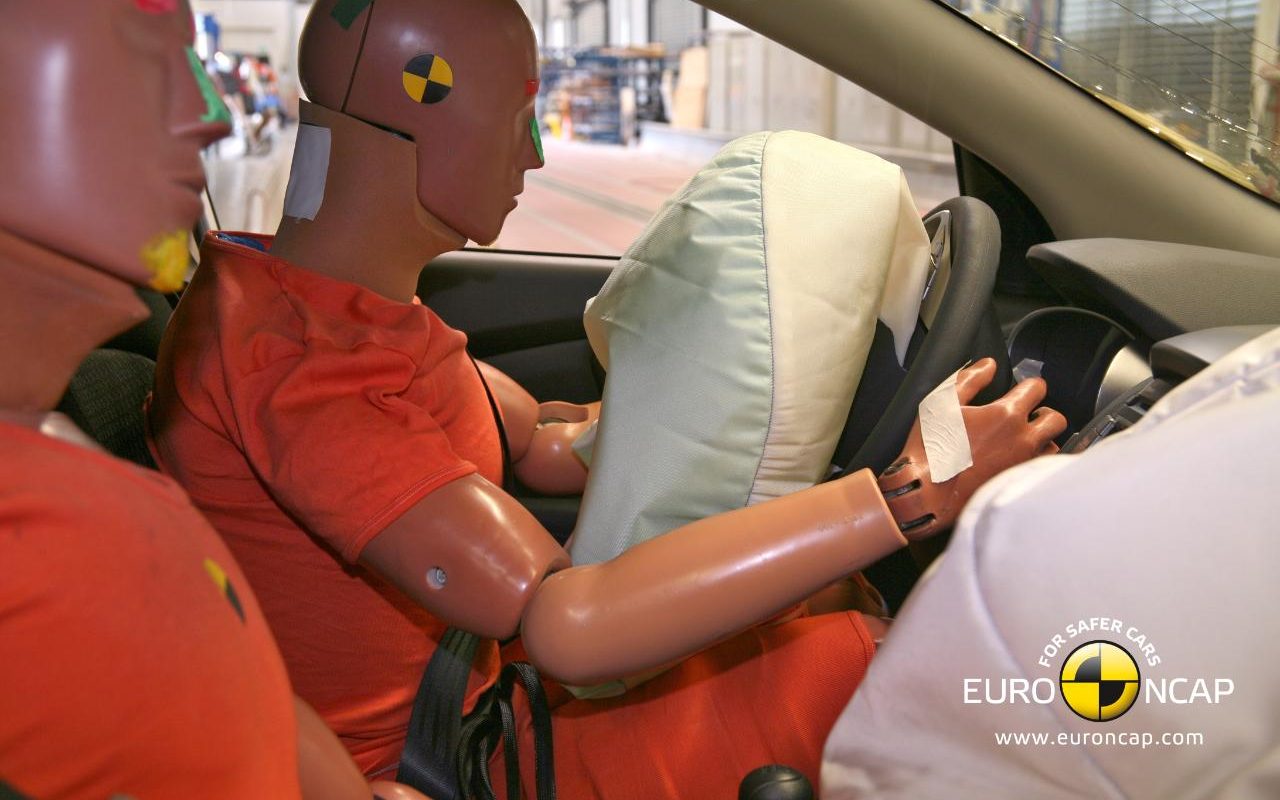 The ix35 comes with plenty of safety kit; you get a full complement of air bags and lots of electronic wizardry that should help to stop you skidding, whether you’re going around a corner or in a straight line, and should also prevent you from rolling over.

Interestingly, there’s also a system which helps keep you stable if you’re towing, too, and every ix35 will also hold the brakes on momentarily when you’re on a hill, to stop you from rolling back during a hill start. 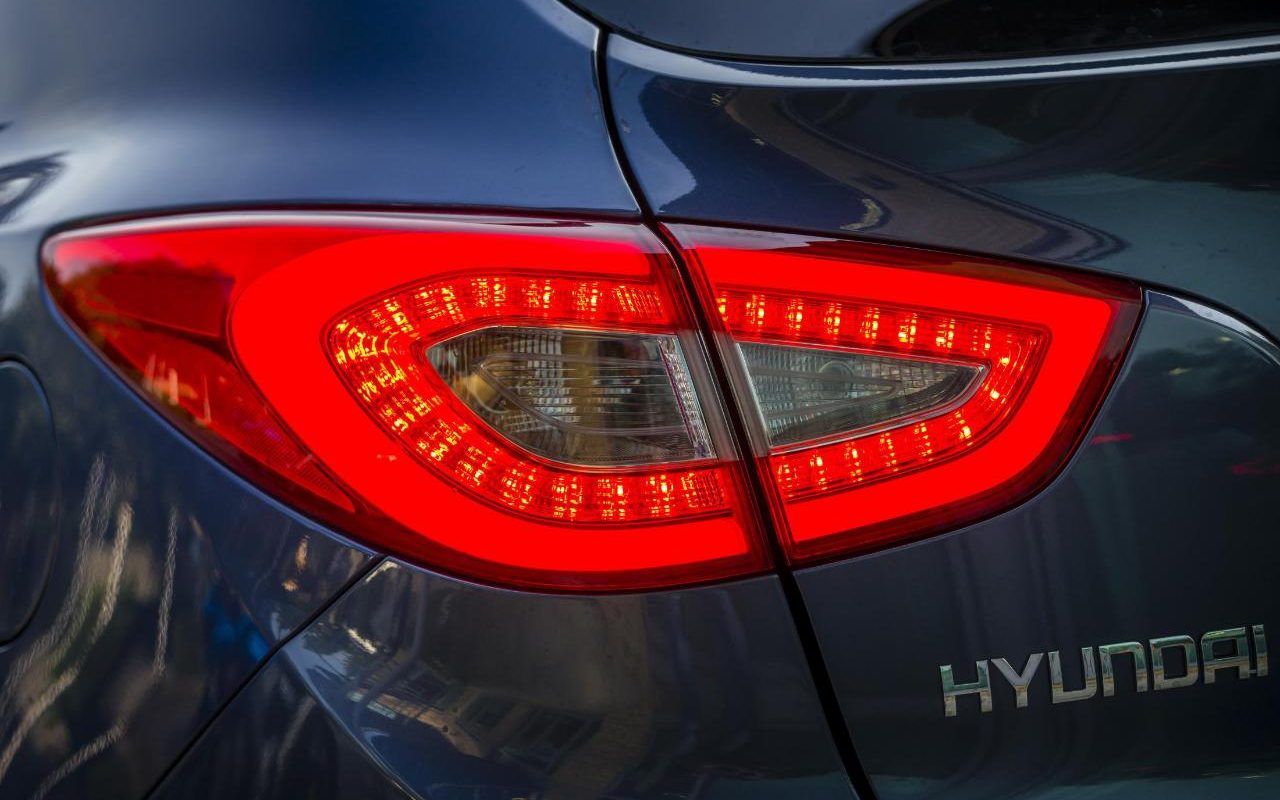 The entry-level ix35 S is not particularly well-equipped – you get air conditioning, but not an awful lot else.

That’s why we’d ignore it; the SE version is a better bet, as it gets you a fantastic amount of kit for the cash. 17-inch alloy wheels, dual-zone climate control, heated front and rear seats, Bluetooth connectivity with voice recognition, automatic headlamps and wipers, cruise control and LED rear lights all come as standard.

The SE Nav version then adds – you’ve guessed it – satellite navigation, as well as a very decent sound system with a subwoofer. Crucially, you also get that cracking touch-screen system, which is why it’s the one we’d choose.

If you really are on a budget, or all you want is an off-roader that’s cheap, dependable and spacious, the ix35 fits the bill. Lots of toys and an excellent warranty are juicy bonuses that only make it even better value. Just keep in mind its prodigious fuel consumption, and steer well clear of the automatic.