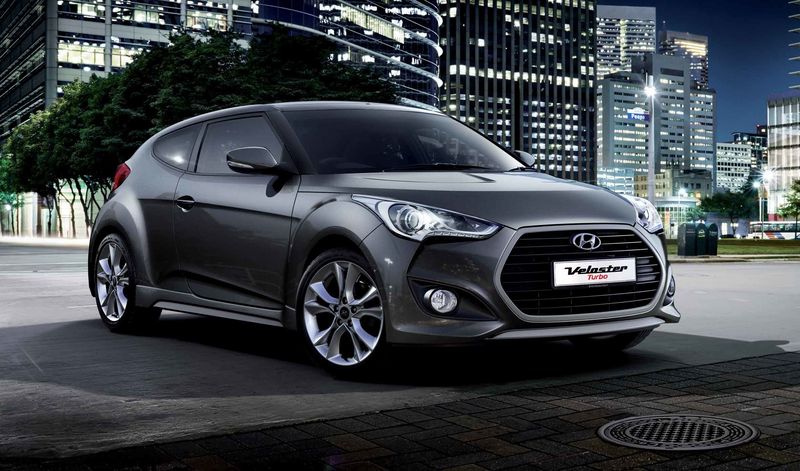 ASSOCIATE EDITOR, AUTOWEEK, GRAHAM KOZAK: What an odd little car. I’ll admit that I’m partial to the Hyundai Veloster, or at least the idea of it. I like the bold styling, I like the useful 2-plus-1 door configuration and I like the name. It sounds fast! I’ll even own up to digging the hipster-bait C3 Roll Top concept Hyundai rolled out a few years ago. I think with a little bit of refinement, it could be a really great car — certainly, it’s got a lot of character to play with.

As it is, it’s still a decent car that offers a great value. But it’s not exactly a modern incarnation of … a CRX, maybe? I’m not sure exactly what the Veloster is trying to be, except funky. Which might partially explain why it’s not quite the exceptionally awesome overall package it might have been.

The 1.6-liter turbo could be a defining feature here. But while it’s better than the naturally aspirated base motor, it really didn’t impress me much. In the era of anonymous 2.0-liter turbos, I don’t mind a bit of lag and bite — it’s what makes the WRX STI fun, after all. Power doesn’t come on fully until 6,000 rpm here, and it runs out of steam soon after. Technically, you could call it a peaky motor, but the peak itself isn’t so high in the first place. More like a hill, maybe.

A somewhat tricky clutch makes stop-and-go traffic a drag. Once you get going, and get some momentum into the car, it all strings together fairly well. It’s not particularly stiffly sprung, but it seems happy to rotate if you keep on the power.

There’s potential here — if this thing came out in the heyday of tuning, I feel like we’d see a lot of really cool builds with the Veloster at their core. At under R350 000, which includes the faux-center-lock wheels and matte blue paint, the Rally Edition Veloster Turbo might still serve as a perfect blank canvas. It’s less than 3,000 pounds, too! I’d really love to see what a genuine Hyundai geek (note: I don’t mean a SEMA-crazed tuning shop) could do with these oddball bones.

But again, as it is, it’s a surprisingly practical, high-feature hatch.

This Rally Edition means a paint job, wheels and tires, blue interior accents … you know the drill. Yeah, it looks goofy but it drives nicely and I suppose styling is up to the individual. I’m not feelin’ it personally. Some people might love it. It actually looks kind of cool from the back. It ain’t cookie cutter, that’s for sure, so at least you won’t see yourself coming and going much.

The 201 hp figure seems like less on the road until you get the tach swinging beyond 3,500-4,000 rpm, then things get fun. The turbo also makes this engine quite a bit more flexible than the normally aspirated version — you can basically stick it in third or fourth gear and do most of your around-town driving.

The ride/handling mix is good, neutral with a nice ride over all but the worst potholes, and the steering is nice and quick, if a bit too light at speed. Feels like Hyundai basically left the suspension alone instead of being tempted to sport it up. That’s good, in my opinion — it might have ruined the ride. The chassis could be stiffer — I felt some steering column shimmy. Not much, but some.

The price is fair, plus you get Hyundai’s gazillion-mile warranty. So there’s that.

Test drive the Hyundai Veloster at one of the reputable Hyundai dealerships across the country.